MyWovenWords » THE BATTLE OF PAMO

THE BATTLE OF PAMO

THE BATTLE OF PAMO

Alimi the Moslem priest, who was at the head of the foreigners at Ilorin died after the last war and was succeeded by his son Abdulsalami, who became the first King, or Emir, of Ilorin. Ilorin now passes definitely into the hands of the Fulanis as rulers and affords a home for the Gambaris (Hausas) from whom the Jamas were recruited.

The late Alimi was much respected at Ilorin from his arrival there as a mere priest. At first, he had no intention of making Ilorin his home much less to embark upon a career of conquest; and indeed, when Afonja and his Jamas commenced their excesses he was prepared to return to his own country from disgust, but some elders of the Yorubas prayed him to stay and act as a check on Afonja for there was no one else to whom he would defer and there was no telling how far he would go without someone to put the fear of God into him.

The Kakanfo and the people of Ilorin prevailed upon him to send for his family and make Ilorin his home. Alimi was a pure Fulani by birth and his wife also a Fulani lady. They lived together for a considerable time without any issue. The wife then consulted a Moslem priest as to her state of childlessness, and she was told to give out of her abundance to a distinguished Moslem priest a slave as alms to the glory of God, and she was sure to have children.

Having considered this matter over, she came to the conclusion within herself that she knew of no distinguished Moslem priest greater than her own husband, and therefore she gave to her husband one of her maidens as “alms to the glory of God.” This maiden as Alimi’s secondary wife became the mother of Abudusalami and Shitta his two eldest sons. The Fulani lady herself subsequently gave birth to a son named Sumonu, who was nick-named Beribepo (one who cuts off head and post).

Alimi afterwards took to himself a third wife by whom he also had a son, and, therefore at his death he left four sons to inherit his property. As will be seen below, however, no advantage in the matter of government accrued to the son of the real wife (who was a pure white Fulani) above those of the slave wife who were coloured. Hence in the third generation, the chief rulers of Ilorin have become black.

The power of the Fulanis was now very great, and they aimed at nothing short of the subversion of the whole Yoruba country, and the short-sighted Yoruba war-chiefs were playing the game for them by their mutual jealousy of one another. One expedition followed after another and the result was the devastation and depopulation of the country.

Farseeing men had predicted all this if the various Yoruba families did not unite and expel the foreigners, but jealousy and rivalry among the chiefs prevented unity of purpose. Allegiance was no longer paid to the King, not even in the capital. Intestine wars not only weakened the country but offered it an easy prey to the common enemy.

Thus, Toyeje the Kakanfo at Ogbomoso had a difference with Adegun the Onikoyi which at length broke out into an open war, each of them being now independent, and neither would submit to the other. The Kakanfo formed an alliance with the Oluiwo of Iwo, the Timi of Ede and Solagberu of Ilorin, and besieged the Onikoyi in his city of Ikoyi.

Solagberu had his own personal grievance to vent because the Onikoyi did not do homage to him or pay him tribute; so, he came with all the Ilorin forces at his command. Abdulsalami the Emir alone remained at home. The combined forces encamped at a place called Pamo. The conflict was very fierce, and Ikoyi, hemmed in on all sides, was nearly taken, when Asegbe the Olofa’s Ilari, who was then with his master, a refugee at Ikoyi, saved the city by wise and judicious measures. 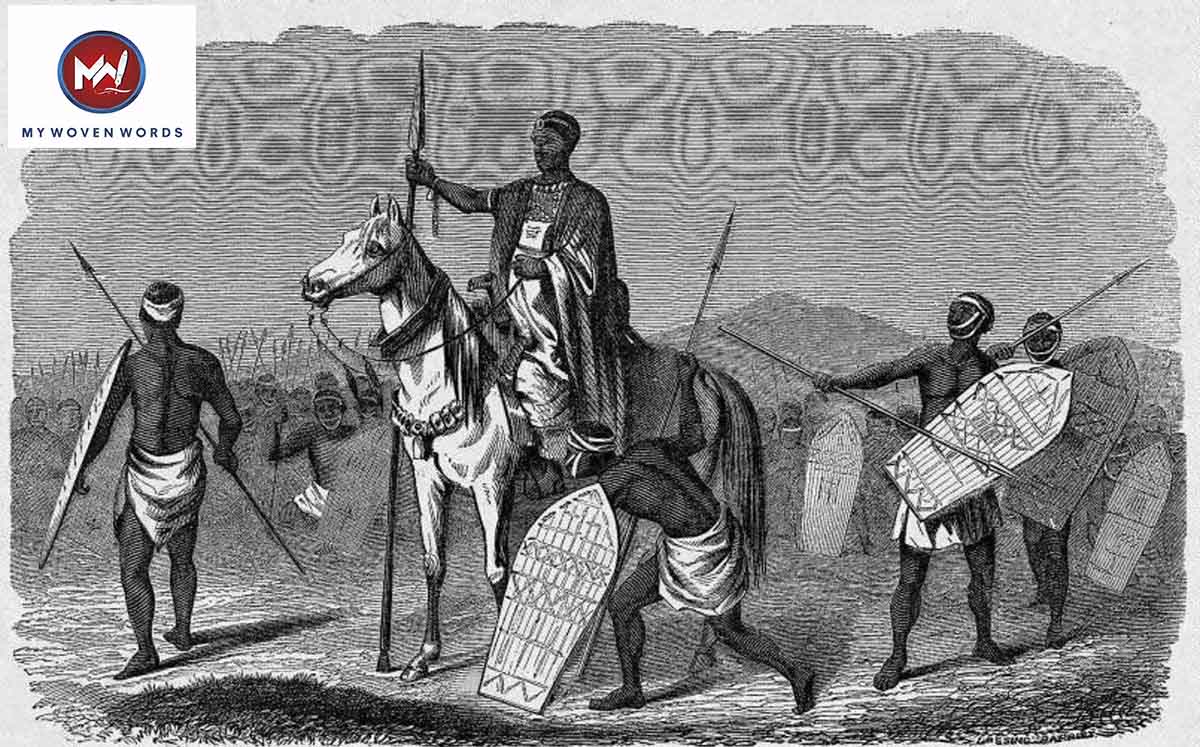 He told his master and it also came to the Onikoyi’s hearing that if he could be allowed to use his wisdom without being forbidden or thwarted, he could save the city. The besieged who were prepared to agree to any terms in order to obtain peace accepted the offer, although reluctantly, as Asegbe kept his plans to himself. He sent a private messenger to Abdulsalami the Emir of Ilorin in the name of the Onikoja, that he was besieged in his city, for the sole reason that he declared himself for the Emir of Ilorin.

The Emir again questioned the messenger “Is it true the Onikoyi declared for me?”

“Quite true, your Majesty,” was his reply.

“Then the siege must be raised,” said the Emir.

Orders were now sent to recall Solagberu with all the Ilorin forces, but he refused to obey orders. Again, and again peremptory orders were sent, with the same result. The fifth and last message was to the Princes and other chiefs, to the effect that whoever would prove himself loyal should return home at once by the order of the Emir. The Ilorin army now left the camp, leaving Solagberu alone behind together with the allies.

The next effort of the Emir of Ilorin was to raise the siege at all cost, and hence he sent his army to reinforce Ikoyi. These Ilorin troops entered Ikoyi, but for ten days did nothing but help themselves to everything they could lay hands on, eating and drinking to excess. On the eleventh day, they asked to be conducted to the scene of action. Then they joined battle and completely routed the Kakanfo’s army. Solagberu fled back to his quarters at Ilorin, and the Yorubas were dispersed.

Solagberu’s feelings towards Abdulsalami can better be imagined than described. The men of note who fell in this war were, The Timi of Ede, the king of Erin, the Chief Aina-Abutu-Sogun, and Ayope.

Although Solagberu was allowed to remain in his quarters, yet the disaffection between him and the Emir of Ilorin was very great, and every incident served but to heighten it. It grew from jealousy and ill will to opposition and resentment, and at length into a civil war. The Emir’s party besieged Oke Suna, desperate battles were fought, but the besieged held out for a long time until they were reduced by famine.

They were hard to put to it in order to sustain life, living on frogs, lizards, barks of trees, etc., till no green thing could be found at Oke Suna, Solagberu had cause to remember with regret his treachery towards his friend Afonja, in his hour of need, at the hands of these very Jamas. At last, Oke Suna was reduced and Solagberu was slain.

Abdulsalami the Fulani Emir having now no rival in any Yoruba King or Chief, the Onikoyi having declared for him, the Kakanfo’s army shattered, and Solagberu slain, resolved upon subverting the whole kingdom, and making himself the King of the Yoruba country. The remaining Yoruba towns spared were placed under tribute. He was aided in his enterprise by the Jamas whose tyrannies and oppression greatly exceeded those which they practised in the days of Afonja, which were so galling to the Yorubas: formerly it was only the livestock that were freely taken away, but now, they entered houses and led away women and young persons at their pleasure. It was literally enslaving the people!

To such a wretched and miserable condition were the people reduced, especially in the provinces.