MyWovenWords » ILE-IFE, LAND OF THE MOST ANCIENT DAYS: OLOJO FESTIVAL 2020

ILE-IFE, LAND OF THE MOST ANCIENT DAYS: OLOJO FESTIVAL 2020

by Johnson Okunade
in Woven Culture
Reading Time: 3 mins read
A A
0

ILE-IFE, LAND OF THE MOST ANCIENT DAYS: OLOJO FESTIVAL 2020.

The archeological existence of Ile Ife was dated as far back as the creation of the Earth.

In the beginning, Olodumare created the Earth with the emergence of light and the light struck from the epicentre of the world which is believed to be AGBEDEGBEDE in Ile Ife, and the light subsequently brought the sun which rises from the East and rotate back to the West.

This assertion was evidently supported by the Holy Books, the Holy Quran and the Holy Bible unequivocally.

Biblically, it was written in the Book of Genesis chapter 1, verses 1:5 (KJV) and also in the Quran, Surah An-Nur, (The Light) Quran chapter (Surat) 24, verse (Ayat) 64, juz 35 which was revealed @ Medinah to show the mystic parable of the Light of God.

Scientifically, this has also been proven by the “Big Band Theory”.

The first Ife was MOPE AYE known as IFE OODAYE where the first era of Super Human began (The Land of the Spirits).

The inhabitants of this land were believed to be giants with mystic abilities, looking averagely scary and have little or no human resemblance. 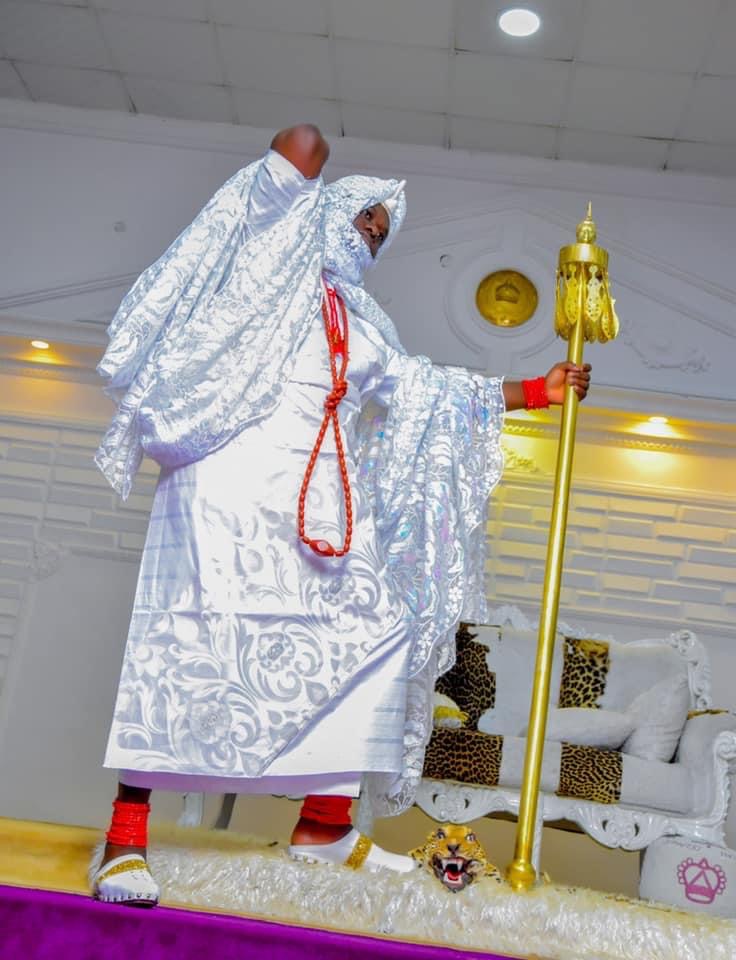 Tradition claimed that, the lives of these people and this era came to an end as a result of the flood which flooded the entire Community.

The survival of this flood were the sixteen (16) Patriarchs, led by Orisa Lua or Lua known as Noah, Ajebatala known as Obatala, Okanranjigbo Osangangan known as Oranfe Obamakin, Obameri, Obaluaye, Obawinrin, Oreluere, Ogun, Osun, Olokun, Esu, Yemoja, Obarese whom founded the first Palm Tree (Emu Olufon) mystically with his Staff at Oko Irese, now the present Arubidi in Ile Ife and host of others.

These Patriarchs later came together to form a nuclear Community with these three (3) items; Iha, Oge and Eyele which brought about the beginning of the second era of mankind and the second Ife which was known as IFE OOYELAGBO.

During this era, language began to change when the generation challenged Olodumare about the existence of human nature and this caused separation of different entity which led to the Kingship system.

Ife Ooyelagbo and the second era lasted until the emergence of ODUDUWA.

Oduduwa, the progenitor of the entire Yoruba race descended from an heavenly deluge on the dry land by the means of a chain rope and a full beaded crown, the Aare Crown.

With him, is a long staff of Authority, a five (5) legged cock, a commanding charm known as ” Ase”, a pouch containing some flirt sands and he Oduduwa, covered his body with a wrapper half knotted at the left shoulder.
Thus saying….”Oduduwa Afewonro”.

The emergence of Oduduwa and his arrival in Ile Ife subsequently brought about the beginning of the third era and the existence of the third Ife known as ” IFE AKANLUBEBE “, which is the present Ile Ife.

Upon his arrival in Ile Ife, the Patriarchs whom are the aborigines willingly relinquished their authorities to Oduduwa and gave him the leadership which made him to ruled over the kingdom and thus became the first Ooni having consulted the Oracle where the king of the major Odu Ifas’, Eji Ogbe was revealed.

Let it be known that, Oduduwa has several children and grandchildren whom they all moved from Ile Ife and settled all over the world.

This has been supported and proven by a recent research showing that, Yoruba race is the oldest race in the entire universe which their existence was dated back to about 90,000 years ago. (Genome Harvard Study, 2018).

ILE IFE, the land of the most ancient days, undoubtedly, where the dawn of the day was first experienced.

From the ancient time, Olojo Festival in Ile Ife has always been celebrated in a grand way commemorating the emergence of the light and the creation of the first day….”Ojo ti ojo d’ojo”…..also it meant to pay homage to Ogun, the god of iron and the modern science whom created the pathway for emergence of Oduduwa. 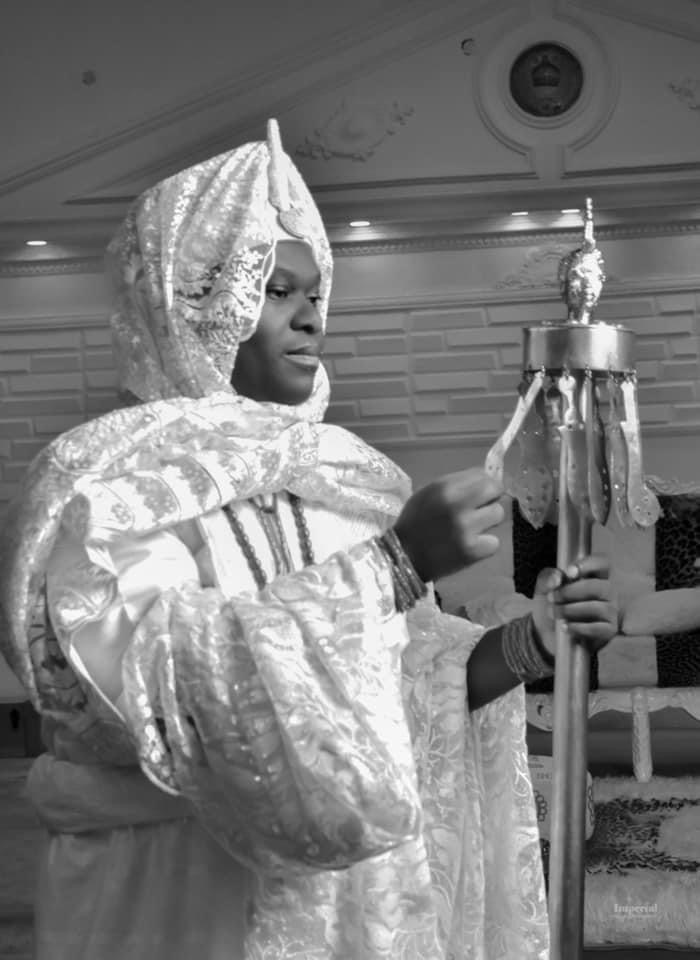 This year celebration will not be an exceptional as the Festival is already on the top gear with the theme: *HERITAGE BRAND FOR THE PROMOTION OF DOMESTIC TOURISM. One Yoruba… One Source…. One Festival.

Last week Saturday, 19th September, the Festival started with “Gbajure” which heralded the commencement of the Festival.

This is usually done to cleanse the land and propitiate to the gods prior the entry of Ooniriisa to the seclusion on Sunday, 20th September, to pray to the ancestors for six (6) days before he wear the Sacred Aare Crown and move to Oke Mogun Saturday, 26th September, after his arrival from the seclusion. 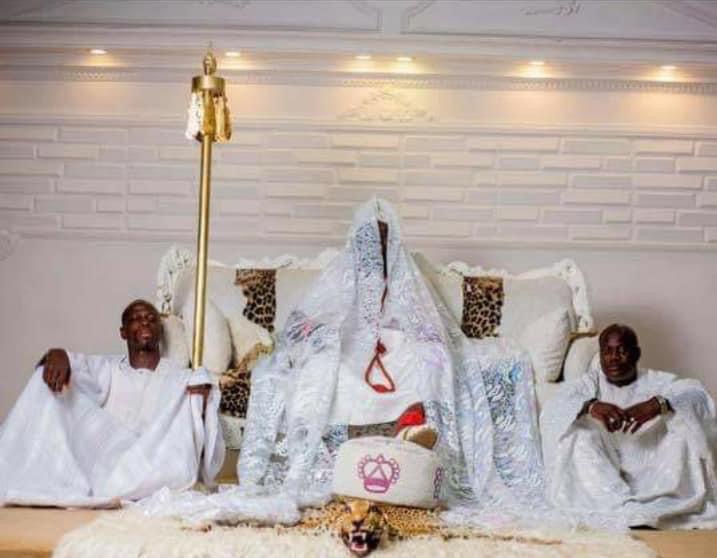 As a true son of the soil, I hereby beckon on all Ife Indigenes both home and diaspora and the entire Yoruba sons and daughters to come to our ancestral soil and celebrate with His Imperial Majesty, the Arole Oduduwa, Olofin Adimula, Ooni Adeyeye Enitan Babatunde Akande Ogunwusi, Ojaja II, on this year Olojo Festival.