MyWovenWords » NIGERIA’S PARTY SYSTEM: WHEN BROOM SCATTERS TO PIECES UNDER THE DISGUISE OF MULTIPARTY SYSTEM

NIGERIA’S PARTY SYSTEM: WHEN BROOM SCATTERS TO PIECES UNDER THE DISGUISE OF MULTIPARTY SYSTEM

by My Woven Words
in Guidelines, Nigeria, Politics
Reading Time: 2 mins read
A A
0

NIGERIA’S PARTY SYSTEM: WHEN BROOM SCATTERS TO PIECES UNDER THE DISGUISE OF MULTIPARTY SYSTEM

It is no longer news that political parties formation is now like angry family members forming another family on their own. Politicians claim to be fighting for the masses as they jump from one party to another like a frog. Everyone wants to eat from the national cake, the cake they never took the time to bake. Everyone basking in the euphoria of political posts.

According to the 1999 (constitution as amended), Nigeria operates a multiparty system where we have as many political parties as possible. Political parties ought to have defined ideology but in Nigeria we have corruptology instead of ideology. This is not far fetched because the same people move across different political parties. No wonder, birds of a feather, flock together.

The broom of political unity has scattered in Nigeria, as pieces of the broom stand in different places. One of the disadvantages of multiparty system is that it brings disunity in a nation. As we have regional political parties in the first and second republic, e.g. Action Group(AG) in the West, Northern People Congress (NPC) in the North and National Council of Nigerian Citizens (NCNC) in the Eastern part of Nigeria.

Like father, like son as other politicians now also walk in the same part. How long shall we continue like this?
Multiparty system is still the best for the entity called Nigeria but our political parties should have a clearly defined ideology that will enable them conform with the dictates of their manifestoes.

According to INEC, any political party that would be registered must have offices and structure in the FCT and at least 24 states in the Federation. Enforcing this law will bring about political development. (Domingo and Nwankwo, 2010). 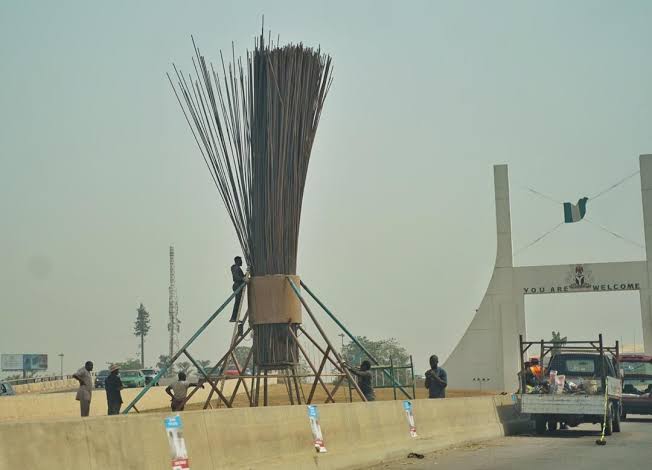 Broom that scatters can still be brought together to sweep again. It is therefore important for us to know that no new fish inside water among the politicians in different political parties.

BOLA AHMED ADEKUNLE TINUBU: THE FALL OF AN EMPEROR AT LEKKI TOLL GATE

GUIDELINES (OCTOBER EDITION): MY WORTH

NAIJA @ 60: THE JOURNEY SO FAR – WRITTEN BY DANIEL OBI

DANGOTE, AFRICAN RICHEST MAN HAS A BUILT-IN ADVANTAGE WITH THE NIGERIAN GOVERNMENT

LIES THEY TOLD US – WRITTEN BY RACHEAL TORTY