by Johnson Okunade
in old music
Reading Time: 5 mins read
A A
0

Fela was born Olufela Olusegun Oludotun Ransome-Kuti on 15 October 1938 in Abeokuta, the modern-day capital of Ogun State in the Federal Republic of Nigeria, then a city in the British Colony of Nigeria, into an upper-middle-class family.

His mother, Chief Funmilayo Ransome-Kuti, was a feminist activist in the anti-colonial movement; his father, Reverend Israel Oludotun Ransome-Kuti, an Anglican minister and school principal, was the first president of the Nigeria Union of Teachers.

His brothers Beko Ransome-Kuti and Olikoye Ransome-Kuti, both medical doctors, were well known in Nigeria. Fela is a first cousin to the Nigerian writer and Nobel laureate Wole Soyinka, the first black African to win the Nobel Prize for Literature.

In 1977, Fela and the Afrika ’70 released the album Zombie, a scathing attack on Nigerian soldiers using the zombie metaphor to describe the methods of the Nigerian military. The album was a smash hit and infuriated the government, setting off a vicious attack against the Kalakuta Republic, during which one thousand soldiers attacked the commune.

Fela was severely beaten, and his elderly mother (whose house was located opposite the commune) was thrown from a window, causing fatal injuries. The Kalakuta Republic was burned, and Fela’s studio, instruments, and master tapes were destroyed. Fela claimed that he would have been killed had it not been for the intervention of a commanding officer as he was being beaten.

Fela’s response to the attack was to deliver his mother‘s coffin to the Dodan Barracks in Lagos, General Olusegun Obasanjo’s residence, and to write two songs, “Coffin for Head of State” and “Unknown Soldier”, referencing the official inquiry that claimed the commune had been destroyed by an unknown soldier. 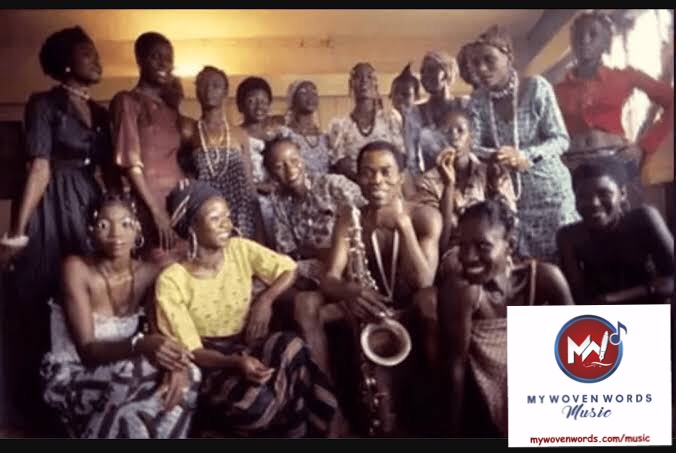 The marriage served not only to mark the anniversary of the attack on the Kalakuta Republic but also to protect Fela and his wives from false claims from authorities that Fela was kidnapping the women. Later he adopted a rotation system of keeping 12 simultaneous wives. The year was also marked by two notorious concerts, the first in Accra in which riots broke out during the song “Zombie”, which led to Fela being banned from entering Ghana. The second was at the Berlin Jazz Festival after which most of Fela’s musicians deserted him, due to rumours that Fela was planning to use the entire proceeds to fund his presidential campaign. 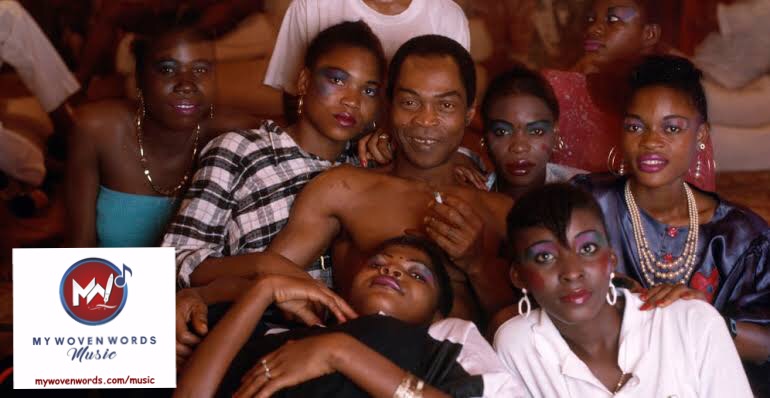 Despite the massive setbacks, Fela was determined to come back. He formed his own political party, which he called Movement of the People (MOP), in order to “clean up society like a mop”. Apart from being a mass political party, MOP preached “Nkrumahism” and “Africanism” In 1979, he put himself forward for President in Nigeria’s first elections for more than a decade, but his candidature was refused. 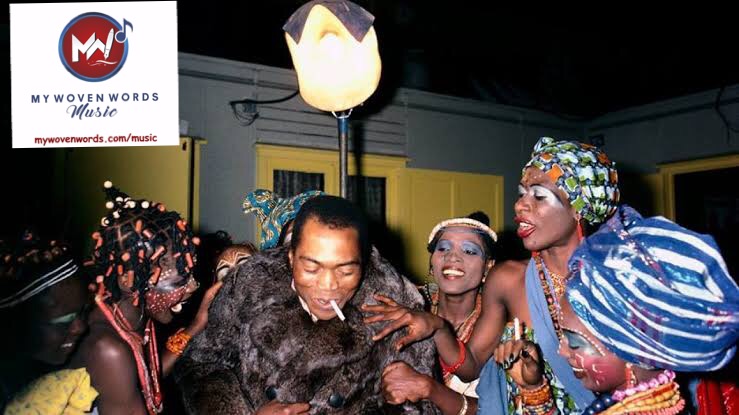 At this time, Fela created a new band called Egypt ’80 reflecting the idea that Egyptian civilization, knowledge, philosophy, mathematics, and religious systems are African and must be claimed as such. As Fela stated in an interview, “Stressing the point that I have to make Africans aware of the fact that Egyptian civilization belongs to the African. So that was the reason why I changed the name of my band to Egypt 80.

Fela continued to record albums and tour the country. He further infuriated the political establishment by dropping the names of ITT Corporation vice-president Moshood Abiola and then General Olusegun Obasanjo at the end of a hot-selling 25-minute political screed entitled “I.T.T. (International Thief-Thief)”.

Say am, say am