MyWovenWords » LADI KWALI: THE ONLY SIGNIFICANT WOMAN ON THE NIGERIAN CURRENCY

LADI KWALI: THE ONLY SIGNIFICANT WOMAN ON THE NIGERIAN CURRENCY

LADI KWALI: THE ONLY SIGNIFICANT WOMAN ON THE NIGERIAN CURRENCY

All Nigerian currencies have the faces of prominent people on them. For the 20 Naira note, however, the mint green note which shares a colour family with the American dollar has two notable Nigerian citizens on it.

The front of the note has Former Head of State, General Murtala Muhammed, while the back bears renowned Nigerian potter, Ladi Kwali.

LADI KWALI, the woman at the back of the ₦20 remains the only significant woman on the Nigerian currency. She was an exceptional world-class Nigerian potter. 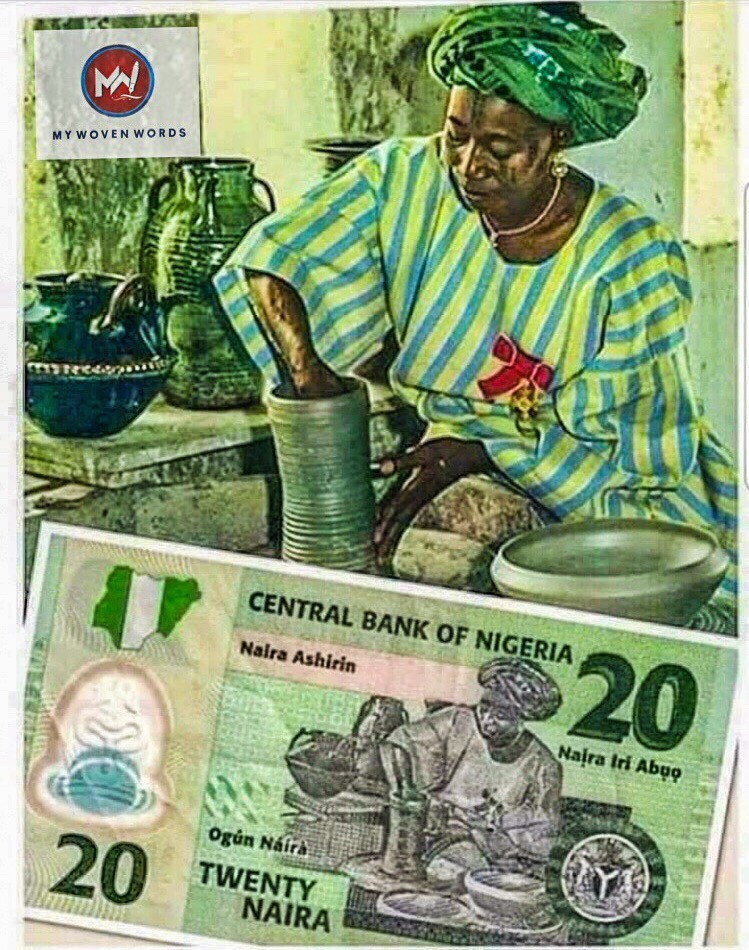 Born in the small village of Kwali, of the present Kwali Area Council of the Federal Capital Territory, in 1925, Other historians indicate her date of birth is actually 1920. She was born to Gwari region where pottery was an indigenous female tradition.

She learned to make pottery as a child. Mallam Mekaniki Kyebese, Ladi Kwali’s younger brother, stated: “even in the early years of pottery making, Ladi Kwali excelled in the crafts and her wares were often sold even before they were taken to the markets”.

Her first name “Ladi” means “born on Sunday” while her surname “Kwali” is the name of her village in which she was born. As a child, Ladi learned the traditional art of pottery using a method referred to as “coiling and pinching”. As a small child, served as an apprentice under an aunt.

She made figurative patterned pots of different shapes and sizes using her natural ability to throw clay with her hands. These pots were used for ornamental purposes in the residences of aristocrats, as decorations and for domestic use. 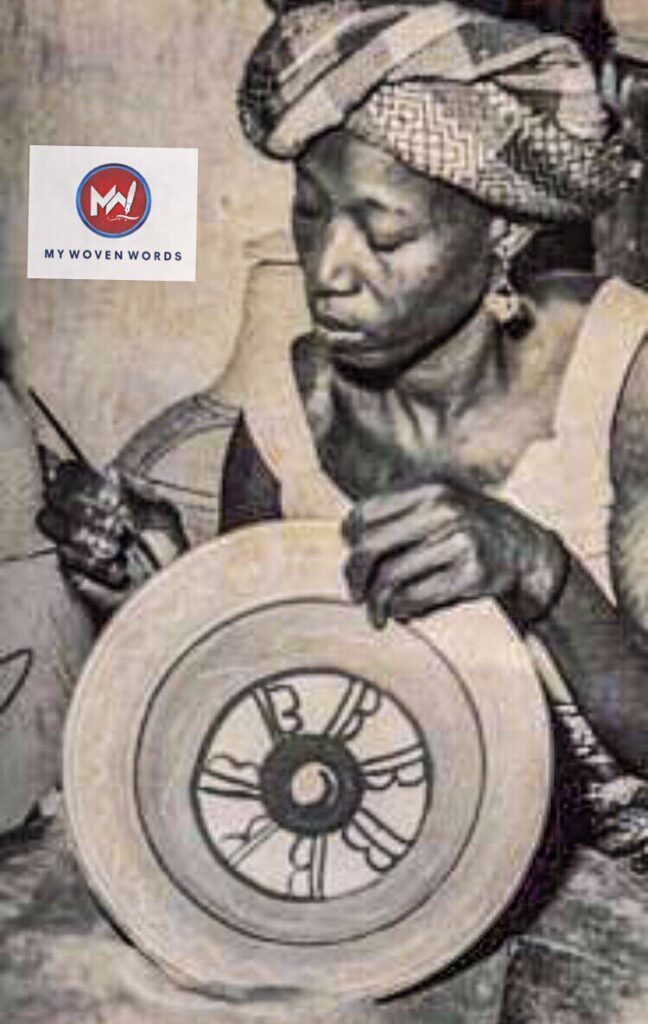 In 1954, Ladi Kwali joined the Pottery Training Centre in Suleja (then called “Abuja”) as its first female potter under the supervision of Michael Cardew, who was appointed to the post of Pottery Officer in the Department of Commerce and Industry in the colonial Nigerian Government.

She learned how to throw pots on the wheel from the European potter, Cardew, and who in return taught him some of her local pottery skills. She made dishes, bowls, and beakers with graffito decorations glazed in a high-temperature kiln. Her potteries were displayed during Nigeria’s independence celebration in 1960.

Ladi Kwali’s pottery really impressed Micheal Cardew which prompted him to help her showcase her art around the world. From her cultural tradition, where females were primarily responsible for pottery, Ladi Kwali’s ceramics became “art objects”. 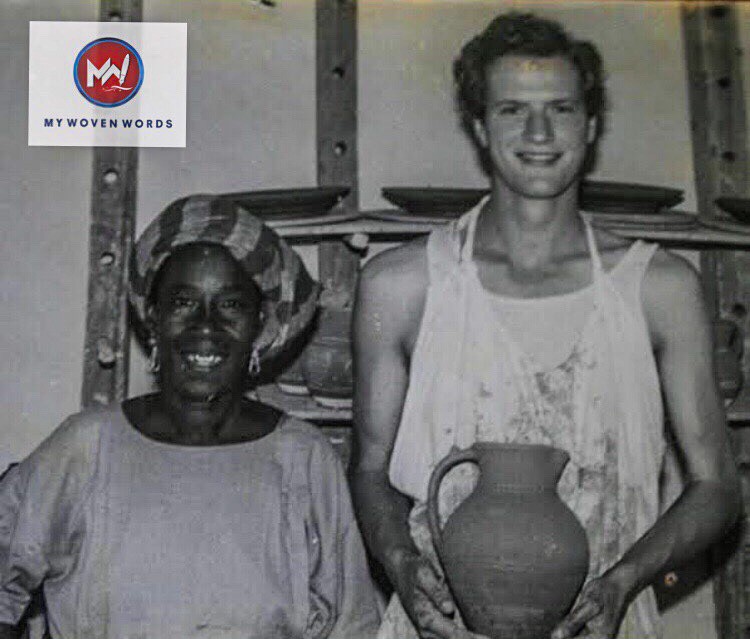 Ladi Kwali’s pots were featured in international exhibitions of Abuja pottery in 1958, 1959, and 1962, organized by Cardew. In 1961, Kwali gave demonstrations at the Royal College, Farnham, and Wenford Bridge in Great Britain.

She also gave demonstrations in France and Germany over this period. In 1972, she toured America with Cardew. Her work was shown to great acclaim in London at the Berkeley Galleries.

On her return from a trip abroad, she was named “Radio London”, due to her enthusiasm to share her tour experience. Although she could neither read nor write, Ladi was awarded a doctorate degree by the Ahmadu Bello University of Zaria in 1977. 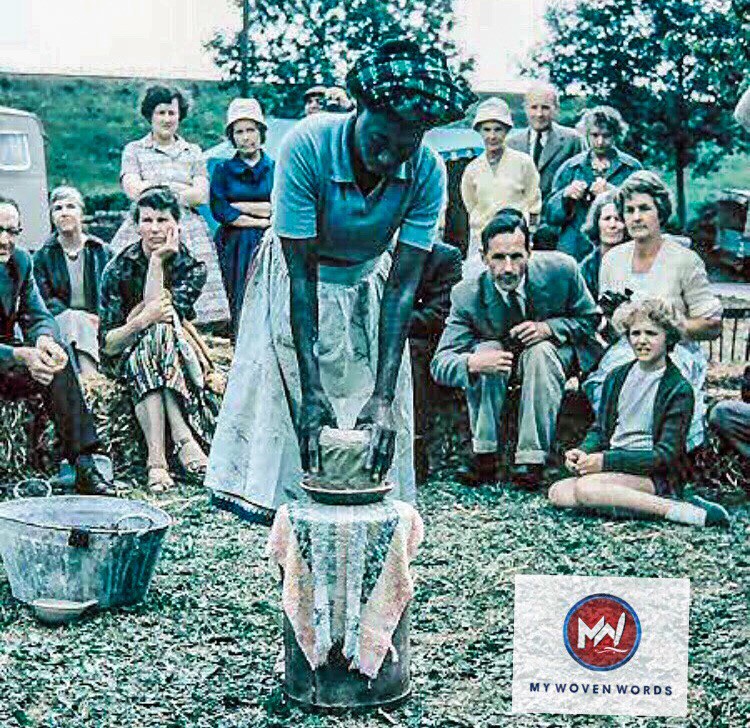 Ladi Kwali gave lectures and demonstrations on her craft in Nigeria and beyond and was a part-time lecturer and demonstrator at the Ahmadu Bello University. She was later invited to the United Kingdom, despite her informal education, to teach her art to students as an external lecturer/tutor.

She was a Member of the Most Excellent Order of the British Empire (MBE). Ladi was given Silver Award for Excellence, Tenth International Exhibition of Ceramic Art, Smithsonian Institute, Washington DC. 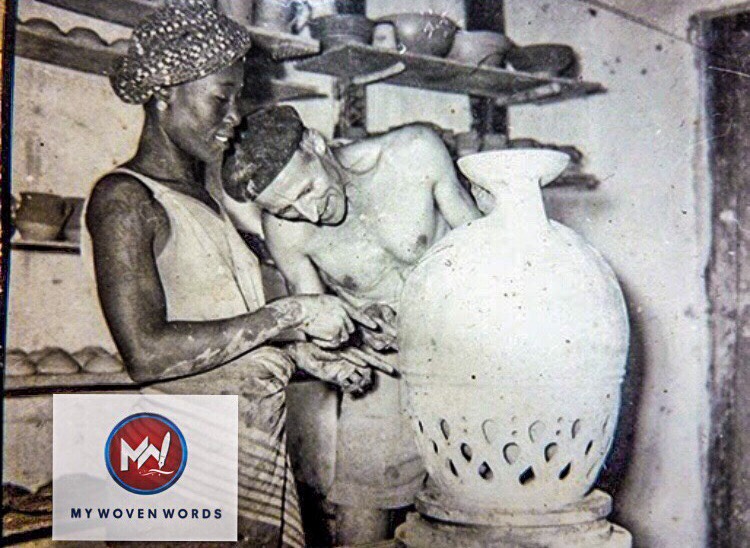 She was the best known Nigerian potter before her death on 12 August 1984. She died in Minna, Niger State. Course of death still unknown till date.

To honour her, The Abuja Pottery was renamed the Ladi Kwali Pottery and a major street in Abuja is called Ladi Kwali Road. She left a rich legacy of her works, which are icons of modern art in Nigeria, and also a school of “students” at the Abuja Pottery Training Centre. 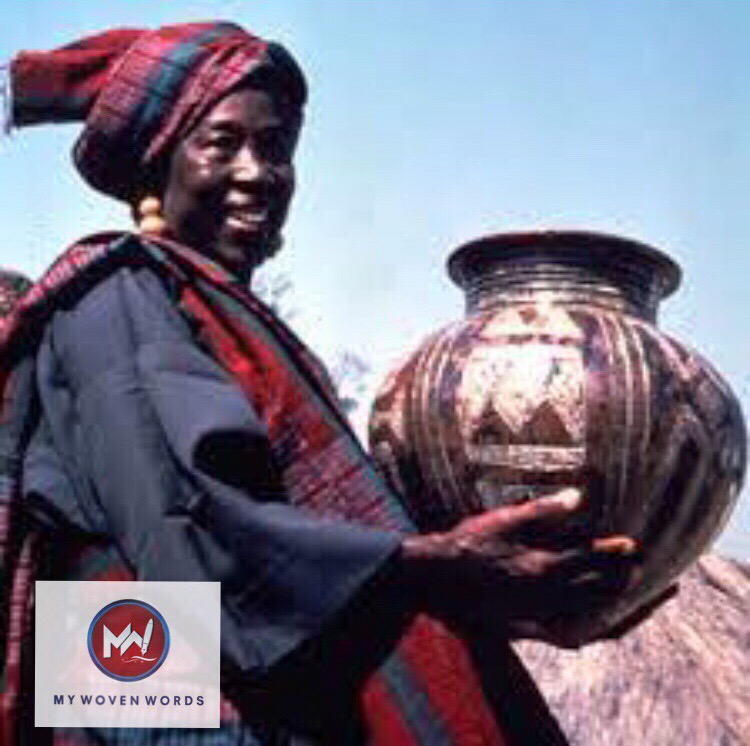 The Sheraton Hotel houses the Ladi Kwali Convention Center, one of the largest conference facilities in Abuja with ten meeting rooms and four ballrooms.

The Biography of Sunday Garba Biggs