Ogbomoso, Home of the brave is a Yoruba town situated close to Ilorin, another Yoruba town that was presided over by Afonja, the Aare Ona Kakanfo (generalissimo) of Yorubaland in the early nineteenth century. Ilorin was taken over by a Fulani scholar of Islam that was hosted by Aare Afonja and later invited into his ranks, Shaikh Al Alim Ibn Salih (Alfa Alimi).

After “Alim al Salih” and his army of Fulani Jihad razed Oyo-Ile (situated close to where Igboho is now) in 1835, took over Ilorin and with the fall of Oyo-Ile (old Oyo empire), Alfa Alimi was convinced that other Yoruba towns were already laid bare for him to conquer, he proceeded with his grand plan of conquering and Islamizing Yorubaland but Ogbomoso was impassable for Alimi and his army.

Ogbomoso became invincible, maybe because “Ogbomosos” were great warriors and veterans in war strategies. All the schemes and attacks by “Alim al Salih” from his base in Ilorin were unsuccessful and even sometimes leaked. It was so prevalent and beyond doubt that Ogbomoso can never be subjugated by the end of the Nineteenth century. This is evident in the Ogbomoso anthem which was poetically composed by Late Pa. Oladele Ajao in the early twentieth century:

The third line: “Ogun ko ja, ko ko Ogbomoso ri” (No war has ever been waged that subjugated ogbomoso) emphasises on the invincibility of Ogbomosoland; Ogun oja‘lu (war cannot invade). A fortification that dates back to nineteenth-century during the reign of Baale Jaiyeola Baiyewuwon Kelebe (1841 – 1847).

Baale Jaiyeola Arolafin Kelebe Baiyewuwon Alao was the eleventh king of Ogbomoso. So as to fortify Ogbomoso and build a reliable spiritual defence for his town, Ogbomoso, he asked the most outstanding herbalists and magicians of that era to create a kind of “monumental shrine” for the fortification of Ogbomoso from invaders. It was said that of all the herbalists, Ajayi Inajokun an Offa man emerged as the greatest. 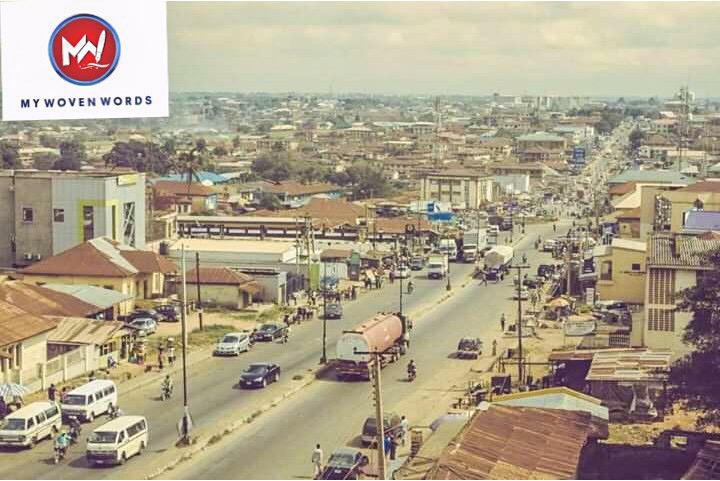 According to Chief Oyebisi Okewuyi: “The fortification was so potent that if war is planned against Ogbomoso, the plan will leak to her (Ogbomoso) or in the alternative the enemies will disagree before a state of war is declared and if they enter, the spirits will surely fight against them and drive them out of the town. In this period it was well for Ogbomoso for all the attacks and onslaughts during the turbulent period of the nineteenth century were either foiled or the enemies became powerless”.

For generations yet unborn and even this present generation, the “monumental shrine” is but a “historical monument”. The location of Ogun o ja’lu (Ogun ojalu) Ogbomoso is almost by the roadside linking Masifa and Isale Afon on one side and Oja Igbo road on the other side. The site is not far from Ogbomoso town hall. It was said that royal workers used to keep watch over the small building. Also, high Chief Bara provided the elephant grass that was used in the thatched roofing while the Onpetu of Ijeru provided the ropes for weaving.

However, the thatched grass roof of the small building was replaced with corrugated iron sheets in 1963 when the then Governor-General of Nigeria was about to visit Ogbomoso.

Some people strongly believe that it’s forbidden to walk around the ogun oja’lu site three times. Such people insist that anyone that tries such a thing will become forgetful of the road that leads to his/her house. Such a fellow will just start wandering around and might eventually get lost. This might be a way of dissuading enemies of the town from trying to decipher the secret behind the fortification.

Also, there are those who hold the belief that the “Ogun Oja’lu” has an adverse effect on Ogbomoso. They claim that just as the fortification wades of war and keeps the town safe, it also keeps Ogbomoso from developing and becoming a recipient of good things. They insist that if good things are planned for the town, such good things or plan fail because there is usually disagreement on part of Ogbomoso people, thus preventing the materialization of operation of such positive things to manifest.

From all that has been said, the invincibility of Ogbomoso in time of war or attack, whether it is a myth or reality; It is best to leave that to you all to conclude!

Thanks so much for your time.
Please drop your opinion in the comment session below.