MyWovenWords » OONI DERIN OLOGBENLA: A POWERFUL AND EXCEPTIONAL WARRIOR OF HIS DAYS

OONI DERIN OLOGBENLA: A POWERFUL AND EXCEPTIONAL WARRIOR OF HIS DAYS

Ile-Ife, as a religious and cultural matrix of the Yorubas and its cradle, has unique importance in its history. Many, if not all Obas in Yorubaland, left Ile-Ife for their various settlements.

Derin Ologbenla was the 45th Ooni of Ife (1880 – 1894), a paramount traditional ruler of Ile Ife, the ancestral home of the Yorubas.

Aderinsoye Ologbenla, an Ooni-elect, who had reigned in Ile-Ife for eight years and continued in this capacity until his death.

His name was Aderinsoye, but popularly called Derin. The short form of his name; Aderinsoye. “Ologbenla” is one of his praise names, meaning-”a person who inflicts heavy wounds.”

After Derin Ologbenla’s army, in his war expedition, had conquered the Ondos, he left Ondo to pitch his army in Olori-Igbo, seven miles to Ondo.

Later, his army decided to found a town, in memory of their conquest and chose the present Okeigbo site, where they first passed their fateful night; “let’s move to this hill in the bush.”(Oke Igbo). Okeigbo is a hilly and thickly forested environment.

After conquering Egba Agbehi, It was said that Derin became Balogun under Maye when Ibadan was founded after maye was overthrown in revolt organized by the Oyos and Egbas. Based on this, Derin left Ibadan back to Ile-Ife

He built a strong army composed of stalwarts whose stock in trade was to carry out war expeditions in aid of those who were being unjustly attacked and were weak.

His first war expedition was to aid Ijesa against their Oyo enemies.

Derin’s method of fighting war was so unique that whenever he got to the war front, he would invoke charm and become invisible to his enemies and began to apply his sword in such a miraculous way that people began to see heads and bodies in hundreds lying on the ground and blood flowing like water in the streets without seeing the people doing the beheading.

As a result of this, so many community leaders invited him to help them in fighting their enemies; because of his various victories in wars, his army decided to found a town in memory of their conquest and close to the present Okeigbo site where they first pass the night. 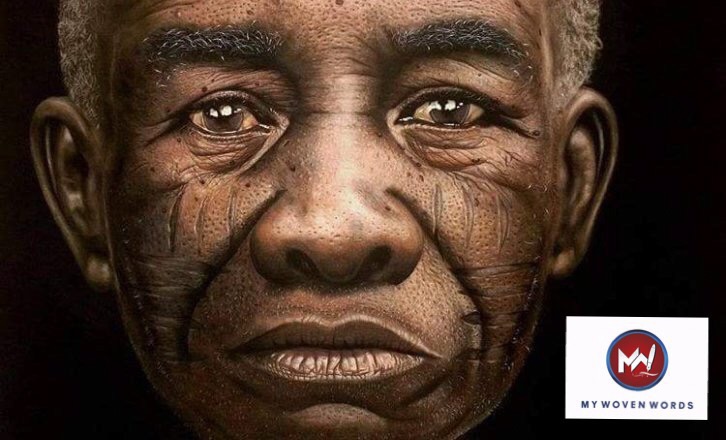 They named the new settlement Okeigbo! that is (a hill in the bush). It was here Derin Ologbenla became famous throughout Yoruba-land, due to the influence Derin wielded in those days, many other immigrants from various places such as Abeokuta, Ijebu, Ifewara, Ilesa, Ofa and many other towns too (numerous to mention) came to settle in Oke-igbo.

Derin Ologbenla the founder of Okeigbo as mentioned earlier was a warrior from Ile-Ife whose trade was to prosecute war on behalf of the poor and the oppressed.

It was through one of his efforts to liberate people that he founded what we know today as Okeigbo.

Derin Ologbenla was said to have received an invitation from Ajibike, an Ifa consultant to Ooni Adegunle Abewela between the periods of 1839-1849.

Ajibike was also serving Osemawe of Ondo, Oba Arilekolasi who as at that time was deeply engrossed in a battle with his own subjects.

Derin being a friend of Ajibike was invited to liberate the Osemawe from the shackles of his subjects who are bent on killing him.

Derin Ologbenla who as that time was in Ijesha after he has assisted them to win a war deflected his army from Isoroge to Ondo.

Although, the decision did not go down well with the Ijesha, he went ahead to pursue his purpose of liberating Osemawe.

Initially, he sent three spies to go to Ondo and bring back the situation report and assess the strength of the Ondos.

After, they came back with their report, he was said to have assembled other notable war veterans who included: Ife prince, Are, Sowo from Egba Owu, Adumbu from Origbo, Onileowo from Origbo, Ebi from Ijesha, Esubi from Offa and Jarogungbo from Origbo and Kuole an Oyo man who had settled in Origbo.

The journey to Ondo from Ife was through uninhabited jungle traversed by only powerful hunters.

The journey to Ondo began as Ooni Derin Assembled 75 soldiers who carried their weapons through the thick forest, hills, rivers and streams on their way to Ondo.

It was on their way to Ondo that they arrived at a place where they met one Ife hunter who goes by the name ‘Ojoge’.

Ooni Derin was said to have persuaded his soldiers to pass the night at that place which later became what we know today as Okeigbo.

Another thing was said to have happened mid-way in the night was the disappearance of Ojoge, the Ife hunter.

The next morning when he appeared, he was said to have been interrogated and it was discovered that his defection in the night was to inform the Ondo people about an invading army.

Upon the discovery of his betrayal, he was executed at a place that is today the current site of Saint Andrew’s Primary School, Okeigbo.

Although, Ojoge was executed for his betrayal, a stream he discovered was named after him and today it is known as ‘Odo-Ojoge’ in Okeigbo.

As expected, the Ondo people who have been informed about an invading army had assembled at Odosida, a well prepared army ready to rout the Derin’s gendarme.

As the war progressed, Derin was said to have invoked charms and incantations which made him automatically invincible for the Ondos and aftermath of this, the Ondo soldiers in their hundreds were murdered by Derin who was said to have used his sword to unleash hell on the Ondos who were subsequently defeated.

After the victory of Derin and his soldiers he was said to have told his men that they should go back and to that place ‘Okeigbo’ meaning ‘over the bushes’ at a place were they had earlier settled and that was how ‘Okeigbo’ was born.

History further has it that the Osemawe who Derin and his soldiers came to liberate was killed by his people before Derin could reach to him, but he was said to have been given a befitting burial and Derin installed another head for the town.

Okeigbo people are essentially ife in customs and traditions, the grouping of okeigbo with Ondo province at the beginning was for administrative convenience of the British Government who would not want their district officer to travel the distance from Ife to Okeigbo, about 30miles away when one was stationed at Ondo 10miles away.

The people of Okeigbo then were farmers, prosperous ones at that, the largest producers of cocoa in ondo province. Okeigbo-Ondo road was built in 1916-1919 and later 1950s Ife-Okeigbo road was constructed.

Okeigbo that was a cosmopolitan town was divided, one part moved to present Osun State, Ifetedo, just a stone throw to Okeigbo and now the headquarters of Ife South Local Government Council.

A foundation chaired and most likely founded by Prince Adedoyin Derin-Ologbenla with the motto: “OUR GIFT FROM GOD, A GIFT TO HUMANITY”

The foundation focuses on rendering service to humanity by empowering youths. After they carried out a survey, they discovered some youths are willing to learn hand work to become entrepreneurs but couldn’t afford the financial requirement.

DERIN-OLOGBENLA FOUNDATION (DOF) has helped in providing 50% financial involvement in learning hand work and craft in the following fields: Fashion Designing, Hairdressing and Catering for lucky youths within ile – ife.

For permission requests, contact the admin on [email protected], or WhatsApp/Text him on 07036065752