The New Lecture Theatre of Bowen University was electrifying to start up the biggest gospel concert of the year. There was a whole new stage set up at the event centre. The lighting and sound were enormous. The concert ushered in its very first performer which is Elsie, 2018 Bowen Got Talent first runner up. Other acts like Tobi and Bowen University choirs followed. Captain Temperature, anchored the show and he mixed his high sense of comedic deftness with real life event to paint happenings in religious centres and churches since it was a gospel concert. One amazing thing about ‘Praise the Almighty’ concert is the consistency that was constant throughout the ministry. 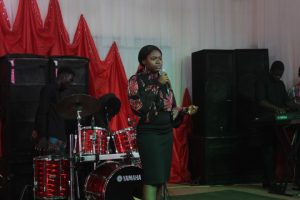 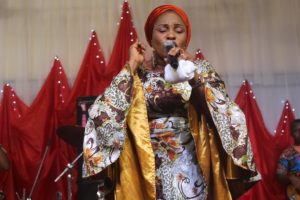 Pillars Communication is a gospel live band that has derived intriguing vibe in highlife and traditional Christian music particularly Yoruba. The group ministration lifted the spirit of worship and made the audience put on their dancing shoes. Teespyce dignified the event as a DJ.

One of the breath-taking moments of the evening was the inspirational movie performance by DeBash Entertainment centred on the blood of Christ redeeming every guilty one that has decided to accept him as his advocate. They extended more creativity in portraying their dance craft and passing an influx of message. 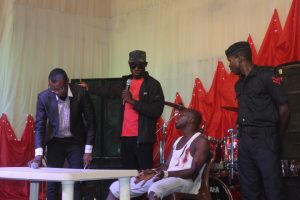 Psalm 59 who also headlined the show is a fast rising gospel artiste and has created a professional bond with Tope Alabi. In his words, he takes this icon as a ‘godmother’. His ministration at the concert showcased his ability to lead in an act of worship. Gospel music for him is something that does not stop. Growth in Lord Jesus and gospel music pave the path for more revelations to connect his ministration with the people.

Ayo Alabi, gave a short address and opened the audience minds to the rigorous process the event went through to be put into place. She gave a sweet and inspiring rendition of songs that were self-composed by her mother. She further brought her mother up the stage to perform. This short session was more of the mother-daughter show of love. Tope Alabi took the stage and owned it. She performed her numerous top hits songs and the twenty minutes she ministered was considered inspiring. 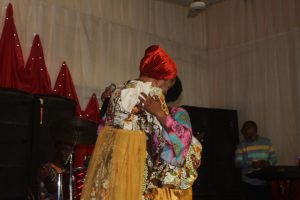 Ayo Ajewole A.K.A Woli Agba establishment of IPM on Bowen soil was one of the expected acts for the night. Dele as the side kick and head of the choir gave bone cracking joke for the evening and this group gave a reason for everyone to laugh. The event ended with after show acts with dance act showcasing their craft. 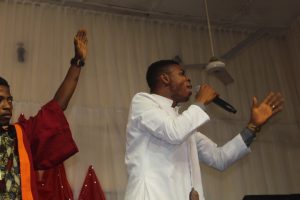 Ogunleye Oluwakorede writes majorly on entertainment, history and socio-economic matters. He has previously released works like album reviews and content information. He is also a music critic and analyst particularly on Nigerian music entertainment.