by Johnson Okunade
in Woven Article
Reading Time: 1 min read
A A
6

Eid al-Adha also known as the ‘festival of sacrifice’ is a four day Islamic festival, which starts on the 10th day of Dhul Hijja, celebrated in honour of the willingness of prophet Ibrahim to follow God’s command to sacrifice his son as recorded in Sura 37 (As- Saffat), ayat 100-112 in the Holy Quran. God ultimately prevented the sacrifice, signifying that one should never sacrifice a human life, especially not in the name of God. It also marks the end of the annual Hajj to Mecca. 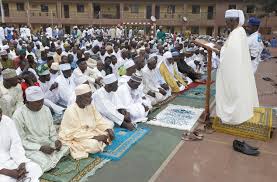 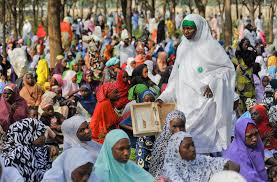 On this day, devotees offer the Eid prayers at the mosque which is performed after the sun completely rises and are offered in congregation. Chanting the takbir out loud before the Eid prayers on the first day and after prayers throughout the three days of Eid are also essential in the festival.

There is a tradition of dressing in one’s finest clothing and sacrificing an animal, usually a ram, but can also be a cow, camel or goat. 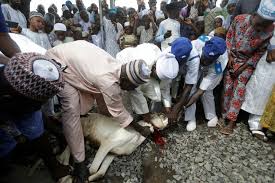 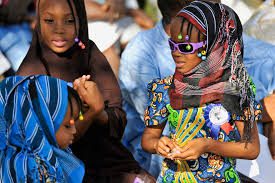 The sacrificed animal called adhiya is usually divided into three parts as per sunnah, one part is refrained for the family, another is given to relations, friends and neighbours and the remaining is given to the poor and needy.

But while we enjoy all the excitement of the new clothes and the meat we should not forget the real reason behind the celebrations. Just like the prophet Ibrahim, who showed that his love for God surpassed all others and that he was willing to submit himself to God’s command, we should always be willing to obey God’s orders as long as we are capable. We should learn to put all our faith in God and believe that everything happens for a reason. Eid al-Adha is a reminder of Gods love towards his creations especially those who obey Him, for He rewards those who do right.

That said, here is wishing everyone a wonderful Eid celebration filled with love, joy and enough meat from My Woven Words family.

A FRIENDLY REMINDER: PLEASE, NEVER GIVE UP!