This might be the most challenging album review I have done so far as a writer. In order to make this comprehensive enough, it will be done from a subjective point of view because of the deep introspective feel on the album. As a listener, I never saw this coming looking back at the critical acclaimed playlist ‘Rendezvous’ with the use of story-telling making it more sociable especially to those of the urban lifestyle . Personally, I expected a continuous flow of rap and new school RnB fusion that has been a crucial point on ‘Rendezvous’. Acts like Tay Iwar, Odunsi, Lady Donli that has successfully worked with M.I on his previous works adds more consciousness into this work. Producers and acts like Patricxxxlee, Lorraine Chia, Niyola are also included on this project. M.I has been consistently able to project out diverse channels to life on all his albums. He has further been able to push the Hip hop culture with his consistent projects. According to him, Yxng Dxnzl has been a finished project over a year ago but it was delayed to make more adjustments. I am really happy to say that ‘Yxng Dxnzl is worth the wait’ .Another amazing fact is that all but one track are actual sentences.

‘Do you know who you are? Take some time and meditate on you’ is a socio-political message wrapped up in psychological thought which has been adequately addressed in this modern age we live in. The preacher tries to create a connection between the blacks of the free world and those who were brought under the shackles of oppression and contempt (Black slaves). One can never undermine the dexterity of Tay Iwar vocals on this track. He understands the negative ideologies that have been assumed to the black race for centuries. He does not only find the problems of our dark state but also finds way in which the coming generation can be brought into the light. The therapeutic talk at the end of most tracks on the album gives a clearer understanding to the content of the tracks.

Hummingbirds are known for their humming sound created by their beating wings. The humming bird has good feather pigmentation, great angle of view but it can hardly hop or walk. Only a handful species of hummingbird do migrate ‘You got potentials, essential to venture adventure and conquer the world if you care, what you still doing over here’…..Just float to the opening and go…Hummingbird. Even though hummingbird possesses the ability to show aggressiveness atimes, it has still not been able to comfortably rise above its small look and create great standard above its peers. M.I’s voice serves as a form of counsel and comfort for the troubled voice within. ‘I just don’t feel beautiful………When I look in the mirror, I don’t know if I am beautiful, I just struggle with this imperfect exterior’. ‘Stop! Never Second Guess Yourself’ track also follows in this similar content but Yxng Dxnzl gives a harder feel of encouragement.

It has been so tough to pick a personal favourite on this album but my interest is glued to ‘Another Thing! Do Not Be A Groupie’   because it brings Chocolate City record label closer to us as not being an ordinary music label but also a family.  Yxng Dxnzl is not only a mirror of self-discovery about Jude Abaga alone but it is also a true reflection of friends, families and enemies that have surrounded him over the years as an artiste. According to Wikipedia, Groupie is ‘a slang word in reference to a fan of a particular musician, celebrity, or musical group who follows this person or band around while they’re on tour or who attends as many of their public appearances as possible, usually in hopes of getting to know them more’. There is a feel of firing subliminal shots on this track.

‘ ‘+-‘ is the only track with no actual sentence. It has some other things different from the other tracks like having the best rap and energetic flow. 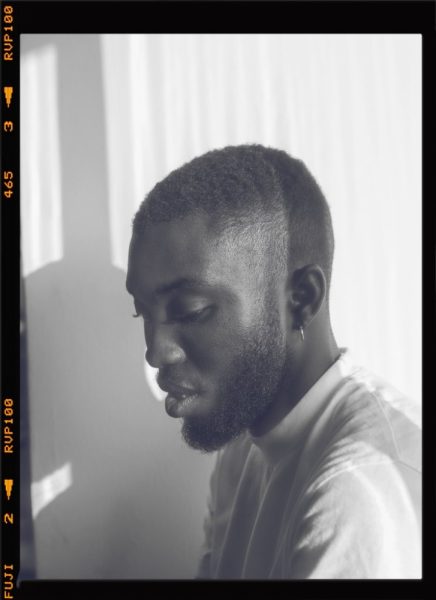 As a rap freak, I have been exposed to the braggadocious lifestyle of most rappers which has been a usual content in their works. ‘I believe in me, You should too, Believe in You’ is nothing far from my demand but he even creates a twist in his words with a level of humility ‘BIG, Paq, Em and Jay z; all praise unto them, I am just interning’

‘The Self Evaluation of Yung Denzel’ can actually be deciphered as a description alluded to the personnel that have been unveiled on this project (Yung Denzel). Most fans constantly rely on entertainers as a source of help through their works i.e music. They are not a complete saviour to put so much confidence in. They are human; they have their good and bad times. Some of them also need help just like you. There are a lot of things these great individuals have in mind and go through ‘Have got some sh*t that I’ve been hiding, if my fanbase knew about it, it divide them…………….They’d be different if they saw inside him’. The young persona just wants to have a normal life like every single person. All he wants to do is ‘drink, smoke, chill, party, all day still’……….

The last track has a subtle feel of RnB. The different switch of vocals gives a changing feel of emotions. There is a story created in a situation where ‘Lover Never fails but Where There is Prophecies love Will Seize to Remain’. The concise story is such an exciting one but there are missing links that are not brought together strongly in the story. It would have actually been a perfect work if M.I tried to create a summary filled with detailed information.

‘You rappers should fix up your life’ is a track with a lot of controversies. Some even term M.I as a false prophet. Further claiming that he is not a true example of what he preached about on this track. But things might be changing with the convincing streak this great icon has put up. After creating the three most successful rap albums, successive multiple mixtapes  and nurturing top mainstream rappers that Nigerian Hip hop music has ever witnessed; what other way can he prove his worth as a true prophet? The year 2017 did not enjoy much of rap music, 2018 has shown a better future for rap music in Nigerian music entertainment. The newly released work is a sacrificial lamb for greater Hip hop music. 8.6/10 for a rating makes it a must listen for great thought.

Yung denzel is a mirror of self-discovery. 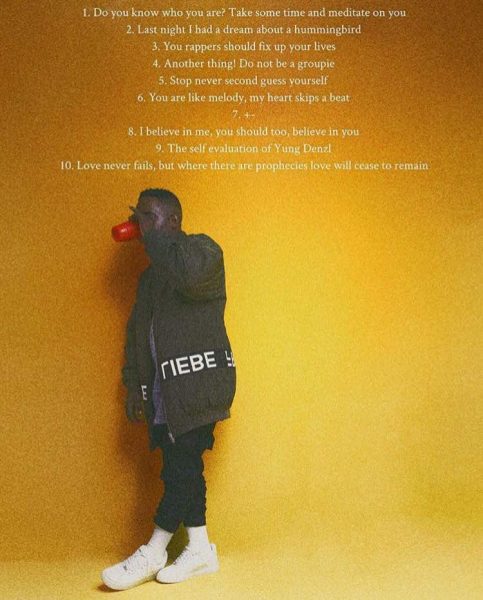