SHARE THIS POST:
TABLE OF CONTENTS show
THE ROAD WHERE MEN BUILD RELATIONSHIP WITH WORDS AND WOMEN RODE ON IT LIKE HORSES (SHORT STORY BASED ON TRUE EVENT RETOLD) – BY EMMANUEL IKOROMASOMA

Uloma as fondly called, was the last born of her parents. Uloma has always had the interest of having a taste of the outside world, but she fears in the process she might lose the flower placed in between her legs like a valley placed between two mountains. Uloma has a younger Cousin named Oluchi, who sees her as a role model which was never far from her reach.
2012, Uloma gained admission into Rivers State University, Faculty of Management Sciences, Department of Banking and Finance of which has always been her drive. Uloma was never without friends and of course like the wise men would say; Just because you always want to be yourself, doesn’t mean you can’t be some else tomorrow! And so Uloma got entangled with a guy called Benson. Benson was so loving and caring, to her he was perfect not until he convinced her into having sex with him, but since she knows full well she can not give him sex, she decided to do the Job, yes the Job! Though not Steve Job the Renown Author, but Blow Job The Sexual Technician just to satisfy his urge. But Benson couldn’t withstand being at the Foot of Acropolis and yet not see Zeus, so he broke out of the relationship.
Hmmm, it would interest you to know, Uloma has always wondered how sweet it would be allowing the Phallus swim in and out her Pond and sometimes it makes her feel horny and wished someone would lick the sweetness off her waist like Zeus did to Semele. Uloma was never without challenges as finance happens to be the heart of it all, which almost crippled her academics. Frustration was the mirror through which she saw her face as non..I mean non would give an helping hand.
Uloma decided to leave her shell to occupy another shell like the Amid Crabs do, by dating another guy called Romeo. Romeo was so handsome that even when the sun sleeps, he glooms. Romeo became the Moon in her life as all her needs where placed on his shoulders, imagine something even Merlin couldn’t carry. She loved him so much that, she could die for him to live. But she forgot every Man has a Price which she didn’t identify.
Months gone, Uloma decided to go to bed with him even though she was scared. As she screams, she felt the pleasure Adam and Eve felt after eating the fruit, the painful pleasure I mean. He broke her spines and curiosity of having sex. From the bed to the couch, from the Couch to the floor, from the floor to the kitchen with silent screams that alerted nature. She wanted it all at once but she forgot that, Sex is the food that never satisfies!
One month gone, her breasts became heavy and full, always feeling sick and sometimes throws up. Not until she missed her period in her own school, she never told herself the truth until she had a urinary test which came out POSITIVE! Yes she became confused, she cried several times of not wanting to keep the baby and at the same time not committing organized murder (ABORTION). I saw the dilemma in her eyes as she tells the story and how she cried every night until she decided to spill the bean to Romeo. 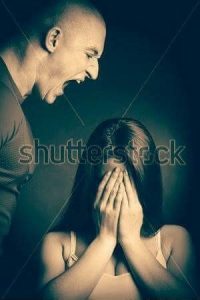 When Romeo heard of it, he denied having an affair nor the pregnancy, but convincingly she said it was him and then he retorted take it off, use this 1k to buy Kai kai or hot coke to watch it off…which she did but didn’t work. He told her, in his words I quote; O girl find ur way oo, I know know WO give you bele. She cried and cried and prayed but only the devil responded because God wasn’t there. Then she decided to do it the hard way by using CYTOTEC. Uloma bled through each day like the woman with the issue of blood. She cried in her spirit reminiscing everything that took place that night and then screamed ALL MEN ARE WICKED BUT NOT ALL ARE NECKED! a statement am yet to decipher. Her dreams fell right in front of her, her  hopes chartered by the baby whose life she took, there and then she vowed never to take a cross down that road again, the road where men use words to build a relationship and women rode on it as horses.

I am from Rivers State and a native of Okirika. I attended New Era Brilliant College Borikiri, graduated of Rivers State University Port Harcourt were i studied Office and Information Management. I did a certificate program in Uniport in the Department of Theatre and film Studies. I love writing, dancing, and sport. I fell in love with poetry in my secondary school days and ever since poetry has changed my life.

SOMETIMES, I AM SORRY IS ALL IT TAKES – BY EMMANUEL IKOROMASOMA

A TRIBUTE TO THE UNIFORM – BY EMMANUEL IKOROMASOMA

ACROSTIC: AMID THIS PANDEMIC COVID-19 STAY SAFE – BY EMMANUEL IKOROMASOMA

A TOUCH OF HOPE – BY EMMANUEL IKOROMASOMA