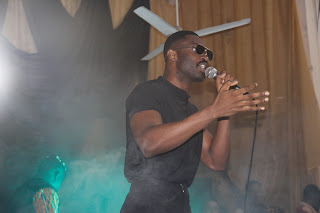 This year’s BUCA edition has
raised numerous controversies from oglers who attended the event. Critics are
of the view that the prestigious award show could not prove its worth this year.
The first issue faced was the late start of the programme. It started hours
after the proposed time and viewers did not see this as professional enough
from the event planners. The show was presented by Bowen’s finest host, Fikayo and Black MC. BOJ joined
these two individuals as host during the course of the show.

There were numerous acts for the
evening with honourable mentions of Horla,
Royce, Balogun OT, Adedayor, Jimi Jang, Hybeesolid, Morack, Peace, Viqq, Dami
J, Mr OT, Deca and others.
There was a drama by ‘The Abnormals’ addressing the award
theme, ’For the Culture’. Tatama Deborah, the spoken words orator
also gave a great rendition about ‘The culture’. 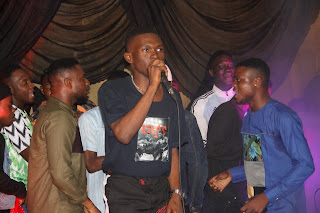 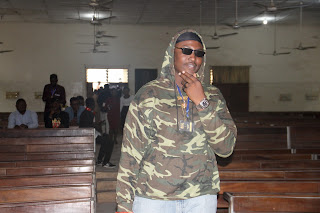 Since BUCA would be one of Jesse’s
last appearances on a Bowen platform, he tried to make it a memorable one with
his usual way of directing cognisant shots at individuals present.
Moving away from appearances on
stage, let us examine activities on the runway. The fashion runway was brought
to the viewers by Gee clothing and Highness clothing. There were amazing exhibitions
of the brand’s work. 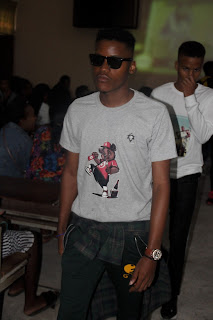 There was a theme song by Jimi Jang, Hybbesolid, Morack and
Peace which was produced by Miels.  Monster hits ‘Risika- Authe- Elebolo’ by three of Bowen’s best artiste was seen
as the best performances by a student for the evening. Mr OT, Jimi Jang and Dami J have evidently been able to show their
worth in crafting dance music and be masters of their game.
The disappointing moment for the
evening was the short performance by Ric
Hassani. The viewers expected more minutes of good music but it ended up as
a flaw on the show. The fault cannot be pointed to be that of the organizers or
the artiste. BUCA would not be complete if the dance performances by Evolution,
SOG and MCcarious is not mentioned.
Unfortunately, no artiste was
revealed by BUCA organisers even after the rumours that passed around the
school community about Falz or Peter Okoye as a guest artiste.

Ric Hassani made a grand entrance close to 7pm and made a
remarkable performance of Gentleman and
Believe.
Some accolades to Bowen’s leading
MC’s, Fikayo and Black MC. These guys have been
successfully able anchor major shows in Bowen and both of them taking a BUCA
plaque to crown their efforts over the last year. A big shout to OmologoEnt. This brand has effectively
mastered big events in the school and we look forward to an improved BUCA 3.0. 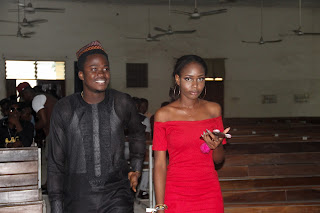 By Ogunleye Oluwakorede
About Me
Ogunleye Oluwakorede writes majorly on
entertainment, history and socio-economic matters. He has previously released
works like album reviews and content information. He is also a music critic and
analyst particularly on Nigerian music entertainment.
Contact Me
Instagram: omo_baba_ogunleye
Snapchat: horluwakorex
Twitter: horluwakorex_
Whatsapp: 08144651530

#Lambaugust: THE FIRST FOLD OF SACRIFICE OFFERED ON ‘CROWN’ ALBUM

ORIKI IBEJI (AN EULOGY OR PANEGYRIC OF TWINS)

EASILY RECEIVE YOUR CALL OR SMS ON ANOTHER NUMBER

AJE OLOKUN – THE DEITY OF WEALTH AND MARKET PROFITABILITY

OBA OLATERU OLAGBEGI II: THE KING WHO HAD OVER 140 CHILDREN

THE SCARS THAT REFUSE TO HEAL – ADEBESIN IBRAHEEM

THE GRAVE IS A FINE, TIDY PLACE – ADEBESIN IBRAHEEM