Hello guys, talents we say makes people special, attractive and unique and we also say that intelligence makes people principled, outstanding and bright but now imagine someone with both talent and intelligence? How can you describe such person and what do you expect from such person? Well don’t think too far, I have brought to you someone with both attributes. His name is Kotrell. Does that name sound familiar? If no, check out some of his pictures below: 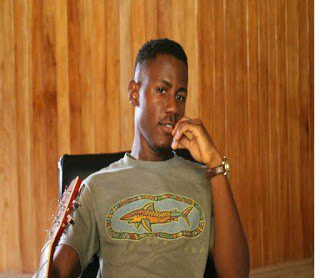 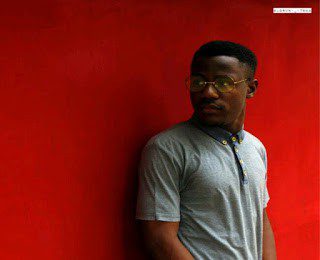 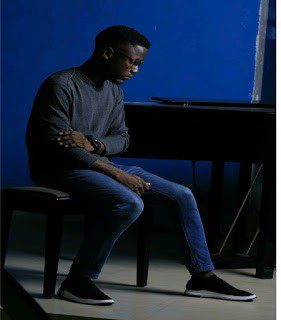 ARE YOU DONE???
THAT HANDSOME GUY YOU JUST SAW IS A BOWEN UNIVERSITY STUDENT THAT HAS THE COMBINATION OF BOTH TALENT AND HE IS INTELLIGENT.HE CAN SING AND WHEN I MEAN SING I MEAN SOMEONE THAT SINGS WITH INSPIRATION. HE CANNOT JUST SING, HE WRITE SONGS, AND GUESS WHAT HE PLAYS THE GUITAR WELL TOO. THAT GUY IS LOADED.

He doesn’t just have a good voice, he is very intelligent and I mean too intelligent.
To prove that to you, check out the excerpt of an interview my woven words crew had with him when he was asked what his plans were in five to ten years’ time
Interviewer:  so tell me, where do you see yourself in five to ten years’ time and what do you see yourself doing and becoming?
Kotrell: Hmmm, well my dreams are big oooo. Ten years…., ten years…., well in ten years, I should have been able to establish Kotrell as not just a Nigerian artiste but an international artiste. I should have at least five albums by then and all the albums should be hit. I am not too concerned about awards so I don’t want to say I would have won this or this and that’s because if you are looking for an award to qualify who you are and how well your music has gone, then you have played yourself. I don’t know about having my own record label by then but I should be working with a record label. I should have my own studio by then and that is for my music. Me I don’t know about having miss by then. Also by these ten years, I should have done world tours; not one, not two. I think that’s like one of the biggest things I want to achieve. My music should have gone round. It should be heard. Also by these ten years, I should have had my own music academy…………
Interviewer: sorry, I mean ten years not twenty ooo
Kotrell: laughs…. yes, I know. Ten years is what am talking about. For the musical academy am planning to have, 50 million can’t get me a standard one. At least with 100 million because all the equipment that will be there will be standard ones and the instructors will be well paid. Well, you asked for ten years so don’t let me go too far because there are hospitals in plan, there are free schools in plan. So let me just stop there.

When I told you he is very intelligent, you thought I was joking. This guy is LOADED. See his plan in five to ten years and mind you, it was not all he said that was stated here.
I think you know the person I am talking about but trust me, there are still some things you don’t know about him, so check out twenty things I doubt you are aware of. Enjoy:

Finally, let me just give you more lights to the trending gist.
Kotrell is organizing a musical concert which will be taking place at the National Association of Mass communication students (NAMACOS) studio in Bowen University on the 7th, April, 2018. 1pm prompt. This is the first of its kind in Bowen University. In case you are wondering, he won’t be the only one performing. Let me just give a hint of other people that will be performing. Some of them are Mallz (kotrell recorded song with Mallz last year), Jimi Jang (kotrell is doing reggae song with Jimi).  That is just a hint. Expect so much. Also many great brands will be launched that day, various unique talents will be revealed and trust me there will be item 7. So the concert is complete. 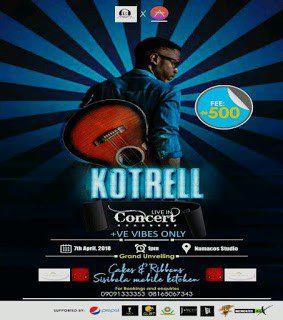 BOWENITES ARE YOU READY!!!!!!!!
Hope you guys enjoyed yourselves as you read true.
Are you in need of any information pertaining to this post, just send a message on WhatsApp to 09092569027.
Thanks. Bye…………

AN EXCUSIVE INTERVIEW WITH OLAYIWOLA ELIZABETH; KNITTING AND CROCHETING EXPERT

AN INTERVIEW WITH THE WINNER OF 2019 BOWEN’S GOT TALENT; IFIHAN AKINSOLA