by Johnson Okunade
in Woven facts
Reading Time: 2 mins read
A A
0

SHARE THIS POST:
Do you think you know everything about Dubai? Just think again. While the city is famous for its glamorous, luxurious lifestyle and numerous record-breaking feats, Dubai also boasts a fascinating history and culture, as well as its fair share of surprises.

Here are some real facts you never knew about the emirate:
• Before tourism and hospitality, Dubai made its money oil – that’s common knowledge. But before oil, Dubai was built on pearl diving, with more than 300 diving dhows and 7,000 hard-working sailors. To delve into this lesser-known past, head to Dubai’s Pearl Museum, home to one of the largest and finest collections of pearls in the world, donated by pearl merchant, Sultan Al Owais. On display are a whopping AED 500 million ($136,077,545 USD) worth of fine salt-water pearls.

• In the mid-1800s, the Indian rupee was the main currency in Dubai and the wider UAE, with the subsequent Gulf rupee introduced in 1957, eventually phasing out in 1966. Despite this currency evolution, the ties to India remain strong – reflected in India being the number one source market for visitors to Dubai, as well as the plethora of amazing Indian restaurants dotted throughout the city. More recent connections between Dubai and India include the opening of the world’s first Bollywood theme park on the outskirts of the city.

• Dubai boasts a record-breaking public transport system. According to Guinness World Records, the city’s metro is the longest driverless metroline in the world. And it’s getting longer everyday with new stops being added all the way out to the site of the upcoming Expo 2020 in Dubai.

• Less than 50 years ago in 1968, there were only 13 registered cars in Dubai. Now there are more than 1.5 million, mirroring the emirate’s meteoric growth from humble fishing and pearling settlement to what is now the fourth most visited city in the world. 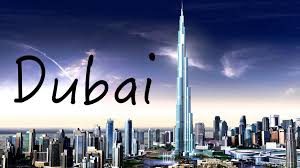 • Emirati custom dictates that hosts offer their guests tea and dates, with the traditional way being to pour half a cup. The reason for this lies in the cups not having handles and the tea being piping hot – you wouldn’t want your guest to burn their fingers. If, however, the host pours a full cup of tea, it’s a subtle way of telling the guest that they have overstayed their welcome. To learn more and discover other intriguing customs, head to Dubai’s Sheikh Mohammed Centre for Cultural Understanding.

• In just 58 years, Dubai International airport has gone from having a runway made out of compacted sand to now being the busiest airport in the world for international passengers, more than 83 million of them in 2016.

COVID-19: WHAT WE ARE LEARNING IN TIMES LIKE THIS