MyWovenWords » THE THREE BROTHERS AND THE POT OF PORRIDGE

THE THREE BROTHERS AND THE POT OF PORRIDGE

by Johnson Okunade
in Woven Folktale
Reading Time: 2 mins read
A A
0

SHARE THIS POST:
Three brothers were traveling
through the dense rain forest jungle. They had been traveling on foot for
almost a full day and night was falling. They needed a suitable place to rest
for the night, a place where they would be safe from prowling animals of the
night.

They were in luck because before darkness fell, they spotted a little isolated
hut in the distance. When they arrived at the hut, they met a kindly old woman
who invited them in and offered them a place to spend the night.

The old woman offered them some porridge which she was cooking in an iron pot
over some firewood. The brothers declined for they were very exhausted and also
did not want to impose on this old woman who living alone, had cooked enough
porridge only for one person. 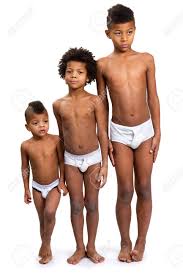 The old woman gave them some mats and showed them into a room where they could
lay down and have a good nights rest. Soon, the entire hut was dark and
everyone in it was asleep.

Sometime in the night, the youngest of the three brothers woke up and he was
very hungry. His older brothers had declined the offer of some supper and he
had just gone along, but he was really hungry. So he went out into the kitchen
to see if any of the porridge remained and indeed, there was enough porridge in
there for one person. It appeared that the old woman had not eaten any of it,
she must have been keeping it for the next day. It wouldn?t harm anybody if he
ate just a little bit of it, and it would certainly do him a lot of good. So he
ate a little bit. Then a little bit more, and even more until it was all gone.
Realizing his folly, he decided to cover it up and went out to pick some stones
to put in the pot. He hoped the old woman would not notice.

The three brothers were up early the next morning to continue on their journey.
They bade farewell to the old woman and thanked her for her kindness.

The old woman discovered the stones in her pot soon after the brothers left and
immediately set out after them. Even though she was very old, she could move as
fast, or maybe even faster than any young man since she was able to catch up
with the three young men.

She accused them of stealing her porridge and filling her pot with stones, at
which the eldest brother who spoke for them sincerely denied. The old woman
though was certain that one of them performed the deed, so she challenged them
to take a test. They went to a nearby river which had a log laying across it.
Each one of them would walk across the river on the log while singing a song
which the woman taught to them. They would each sing this song in Yoruba:

Ti m ba je koko arugbo
If I ate the the old woman?s cocoyam
Ki okun gbe mi, ki okun la mi
Let the sea take me
Ki okun gbe mi si erigidi ofun
Let the sea take me to the deepest dept
The first two brothers walked
confidently across the river singing the song. But the youngest brother was so
scared as he walked and sang. His step faltered several times and he eventually
fell into the river.

THE STORY OF THE DRUMMER AND THE ALLIGATORS

AFRICAN FOLKTALE: THE TORTOISE AND THE LIZARD

WHY THE CAT KILLS RATS; AN AFRICAN FOLKTALE

AFRICAN FOLKTALE: THE LIGHTNING AND THE THUNDER