MyWovenWords » THE ORPHAN BOY AND THE MAGIC STONE

THE ORPHAN BOY AND THE MAGIC STONE

by Johnson Okunade
in Woven Folktale
Reading Time: 3 mins read
A A
0

SHARE THIS POST:
A CHIEF of Inde named
Inkita had a son named Ayong Kita, whose mother had died at his birth.
The old chief was a
hunter, and used to take his son out with him when he went into the bush. He
used to do most of his hunting in the long grass which grows over nearly all
the Inde country, and used to kill plenty of bush buck in the dry season.
In those days the people
had no guns, so the chief had to shoot everything he got with his bow and
arrows, which required a lot of skill. 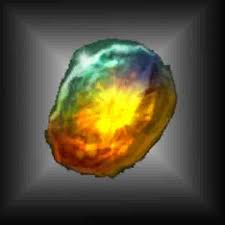 THE STORY OF THE DRUMMER AND THE ALLIGATORS

AFRICAN FOLKTALE: THE TORTOISE AND THE LIZARD

WHY THE CAT KILLS RATS; AN AFRICAN FOLKTALE

AFRICAN FOLKTALE: THE LIGHTNING AND THE THUNDER

AN INTERESTING AFRICAN FOLKTALE: “THE WOMAN, THE APE, AND THE CHILD”

THE DISOBEDIENT DAUGHTER WHO MARRIED A SKULL