MyWovenWords » The History Of Ibadan- The City Of Heroes

The History Of Ibadan- The City Of Heroes

by Johnson Okunade
in Woven History
Reading Time: 3 mins read
A A
0 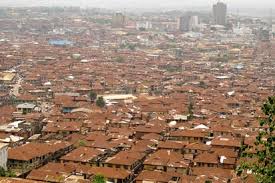 Ibadan, the present capital of Oyo State, is the third most populous state in Nigeria after Lagos and Kano with 3.5 million dwellers.
In the 1960s, Ibadan was known to be the largest city in Africa after Cairo (Egypt) and Johannesburg in South Africa.
The Yoruba people are the main inhabitant of this popular city, Ibadan, which was formally called Eba Odan (the city at the edge of a Savannah) at the point of its creation.
Ibadan, located in the south-western part of Nigeria served as the home for trade, commerce and fashion in the 60s and 70s making Lagos a perfect rival.
Ibadan was also the centre for administration of the Western region during the colonial era.
The origin of this great city, Ibadan, was traced to the reign of the great old Oyo empire (Oyo-Ile).
It was said that the Alaafin (king) of the Oyo empire ordered Lagelu who was then the commander of armed forces (Are-Ona-Kakanfo) in Oyo, and some of his best men in Oyo, Ilesa and Ogbomosho to build a war camp for warriors coming from the Ijebu, Ife and Egba kingdoms.
Jagun Lagelu and his men settled in Àwótán, in Apete (presently located in the Ido local government area) and established a peaceful city named Eba Odan.
Later, the city was destroyed by the Oyo armies for violating the customs of Yorubaland.
The people of Eba Odan (Ibadanland) were said to have humiliated an Egungun at the market place. The Egungun was accidentally disrobed which resulted into an abominable mockery from Eba Odan women and children.
When the news of the incident reached the Alafin of Oyo, he ordered his men to turn Eba Odan into complete rubble for committing such disrespectful and abominable offence.

Those who survived the attack, including Lagelu who had become old and weak, ran to a near-by hill for safety.
On the hill, there was no food except for the Oro fruit and roasted snails the people fed on.
After a long period, normality returned and the people founded another settlement. This was about 1829.
Shortly afterwards, Lagelu died leaving behind swarms of strong and political people.
History has it in profile that Ibadan was later attacked three different times, but survived them all (1840 Osogbo war, Ibadan-Ijaye war; 1861-62, Kiriji war; 1877-93).
After the destruction of Oyo-Ile by the Fulani raiders in 1835/1836, refugees from several yoruba towns and villages fled down to Ibadan, Ijaye and the new Oyo-Atiba, but Ibadan received the highest number of refugees who later settled in the city.
After sometime, the new Ibadan had grown extensively into a popular hub of trade and commerce.
Ibadan also dominated the political and military scene in Yorubaland filling the vacuum created by the fallen Oyo empire.
People displaced by war now saw Ibadan as a sanctuary because of its location, economy and military power.
In 1840, the marauding fulanis tried to expand their caliphate deeper into the southern part of Yorubaland, but was defeated by the strong armies of the Yoruba kingdom led by Ibadan. This war was later known as the 1840 Oshogbo war.
By the end of 1850, the population of Ibadan had grown over 265,000, making Ibadan the largest town in Yorubaland.
Later in the year 1893 (immediately after the Kiriji war), Ibadan became a British protectorate after the Baale of Ibadan, Fijabi, signed a treaty with George C. Denton, the British acting Governor of Lagos, on the 15th of August that same year.
Further Reading:
* The Political Economy of a Pre-colonial African State: Ibadan, 1830-1900. byToyin Falola
* Sir Isaac Babalola Akinyele: Iwe Itan Ibadan (1911)
* The City of Ibadan- P. C. Lloyd, A. L. Mabogunje, B. Awe
SOURCE: OLD NAIJA