by Johnson Okunade
in Woven Culture
Reading Time: 4 mins read
A A
0 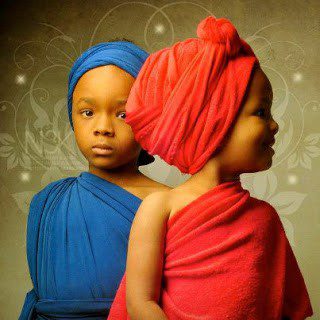 In Yoruba land, one of the most important things done when a child is born is to give the child a name. This comes after the child’s ritual birth, massage of specific body parts, and other rites as well.
Names are given to the child by the father, mother, grandparents (paternal and maternal), and some close relatives also.
But sometimes, the circumstance of a child’s birth will automatically give the child a name. This name is known as ‘orúko àmútọ̀runwá’ (pre-destined or generic name) in Yorubaland.
The most common generic names (orúko àmútọ̀runwá) in Yoruba land are ‘Taiwo‘ and ‘Kehinde‘ (altogether known as Ìbejì) which are given to twins. The firstborn of the twins is called Táíwò, a shortened form of Tò-aiyé-wò (taste the world) while the last born of the twins is called Kéhìndé which literally means “the last to come”.
Contrary to the popular belief that Taiwo, being the firstborn of the twins, is older than Kehinde, it is said by Yoruba elders that Kehinde is older than Taiwo because Taiwo was sent by Kehinde to have a taste of the world and announce his coming as well.
The child, whether male or female, born after the twins is called Idowu. The Idowu is known to be stubborn and troublesome and is therefore regarded as “Eshu lehin Ibeji” (the devil after twins). The Yoruba people believe, though not strongly, that if the mother of twins should fail to give birth to another child after the twins i.e. Idowu, she is likely to run mad because the spirit of the stubborn Idowu will fly into her head and make her go insane.
The child born after Idowu is called Idogbe (if male) and Alaba (if female). In some cases where triplets are born, they are named Taiwo, Kehinde, and Èta ọkọ̀ respectively.

Apart from the twins series, other children born in Yoruba land in peculiar circumstances or ways are given pre-destined names (oruko amutorunwa) too. They are as follows: