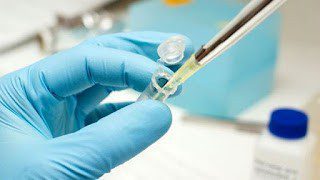 Researchers at the University of Auckland in New Zealand have for the first time tested a vaccine that could protect an individual against gonorrhoea, according to a study published on Tuesday in medical journal The Lancet.
The research found that people, who were injected with a vaccine against meningitis B, were about 30 per cent less likely to contract gonorrhoea than a control group.

The immunisation against meningitis B was conducted between 2004 and 2006 during New Zealand immunisation programme.

Meningococcal B bacteria share about 80 to 90 per cent of its DNA with the bacteria that causes gonorrhoea, the scientists said, and so a link was “plausible.”
In spite of research conducted over a century, efforts to find vaccine against gonorrhoea had been unsuccessful.

Gonorrhoea is a fast-spreading disease that could cause infertility.

“Although the Auckland study is seen as breakthrough, there is still no gonorrhoea-specific vaccine in the horizon,’’ the study’s lead author Helen Petousis-Harris said.
She added, “there are several research teams working on possible candidate vaccines, but nothing is close to being available for the general public yet.

“However, we may have meningococcal B vaccines that provide moderate protection.“Modelling suggests that the vaccines can make a big difference to the rates of the disease until we can develop more effective options.

On Friday, the World Health Organisation (WHO) warned that cases of gonorrhoea were rising and that some strains were becoming resistant to available drugs.
Two-thirds of the countries which reported resistance data to WHO had experienced cases in which their antibiotics of last resort no longer worked against gonococci bacteria in recent years.
The UN health agency estimates that 78 million people are infected with gonorrhoea every year. (dpa/NAN)

COVID-19: WHAT WE ARE LEARNING IN TIMES LIKE THIS