MyWovenWords » DEAR UNDERGRADUATE NEVER FEEL THE NEED TO ‘FIT IN’

DEAR UNDERGRADUATE NEVER FEEL THE NEED TO ‘FIT IN’

by Johnson Okunade
in Woven Campus
Reading Time: 2 mins read
A A
0 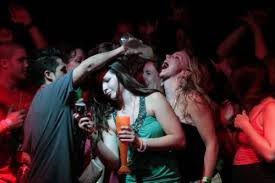 TABLE OF CONTENTS show
If you ever feel the need to be accepted somewhere, this one’s for you.

If you ever feel the need to be accepted somewhere, this one’s for you.

One of you probably faced at some point, or are still facing, is the strong need to fit in. You’re not alone. Most people feel the same way. Most people feel inadequate and feel the need to belong with something, to belong to someone.
The problem with this is that it makes you vulnerable.
I’ll give you an instance.
A girl is in her first year in school. Everyone, all of her friends are in relationships, and she’s not in one. So for some reason, she feels the need not to be the one with the problem. She gives the boy a chance, possibly even lowering what might be her standards.
Over to our boy here. Our boy stays with a lot of other boys, who talk about escapades, like all the time. Everyone is bragging in their stories about the things they’ve done. Most of it will probably be a lie.
He wants to be in a relationship just like the boys, just so he can brag about making her fall. So he goes for her, she falls for him. In a few months, he feels like he’s done, he’s bored. But he has stories too now, and he moves on, leaving our girl shattered.
Most of the things that go wrong in school come from a need to feel accepted. It’s a human need. Most human beings are wired to be part of a community. The feeling of belonging to something.
Learn to control it. You need to start convincing yourself that you’re enough. You’re enough by yourself. You don’t need anyone to make you feel whole.
And let’s say you decide to belong somewhere. When you choose, don’t think about how it makes you feel at the moment. Think about how it will make you feel in a year, or two, or the rest of your life.
Think long term.
Remember, you’re fine. You’re alright. You’re not the one with the problem. In a race of dogs, a Cheetah has no need to run. It has nothing to prove.
Be that Cheetah. Run your own race, not anybody else’s.
#DeJakins
#CampusParrot

HOW TO CALCULATE CGPA IN NIGERIAN UNIVERSITIES