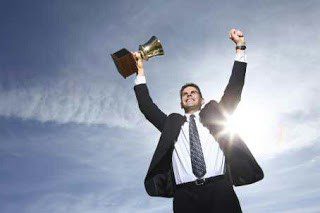 Faith:
acceptance of principles which are not necessarily demonstrable
Faith:
strong belief in something without proof or evidence.
There will be many people who will tell you
that you will never, or simply cannot, achieve your dream. They are the 80% of
people who once had a dream but have now settled for something less. They are
the children who once stood in line at school, believing they would one-day
become pilots, doctors, actors, singers, ballerinas, missionaries, air hostesses
and so on.

But their experience of life gradually ground them down; and
their dreams were reluctantly put away. Those dreams still live somewhere, deep
down within their hearts, but they no longer believe that they are achievable.

First, their parents worked on them: questioning their
abilities, doubting their chances and telling them that they once had the same
dreams. Their parents told them they needed to grow-up, be more responsible and
life would work out just great.
Then their teachers worked on them: saying that we all have
such ambitions, but in the real-world, you needed a trade, a job, a career –
and that life had so very few of these exciting opportunities. They ingrained
the attitude of the ‘scarcity mentality’ into their charges – rather than the
‘abundance mentality’. They told these children that there just wasn’t enough
good stuff to go around.
Finally, their friends worked on them as they also settled
for the jobs on offer, they questioned: what was so wrong with being a
sales-person, a plumber, a secretary or a brick-layer? The world needed these
tradespeople (and so it does) and there was nothing wrong with making an honest
living by providing these services. That was how, gradually, their beliefs
about the world were changed – they no longer believed that it would be
possible to reach the heights they had once dreamed of – and they made the
decision to settle for less; much less.
After all this negative conditioning, only a few of those
pilots-in-themaking believed they could still learn to fly aircraft; only a few
of those singers still believed they were destined to sing for their supper.
Many people had their dream literally strangled out of them. And when you are
once again ready to pursue what is in your heart, you need to be aware that you
are still not immune to this negative conditioning: there will still be very
many people ready to tell you why what you are now doing, or about to do, is
hopeless!
But, do you know of the work of Masaru Emoto – the scientist
who freezes water and takes photographs of its crystal structure? Well, I don’t
think you could get a more powerful demonstration of the power of faith to
impact our physical reality. He has tried a number of experiments which really
challenge our conventional ideas about the power of our thoughts. Amongst other
things, he found that water which was frozen when offered a prayer, formed
better, more perfect crystals than water which was cursed before freezing.
It sounds bizarre doesn’t it, but if our thoughts can do
that to water, imagine what they can do to us – we are after all, 75% water! If your thoughts are positive,
affirmative and full of faith, then they are transformational. You become
literally changed and therefore better able to achieve your purpose – the goal
that other people don’t think you can possibly achieve.
That’s why you need faith – a deep-down belief that,
regardless of the evidence, you are going to make it! You are going to achieve
what you have set out to accomplish. You are going to make a difference in this
life.
Will Edwards.

8 Reasons why you should buy your UPAP Stock now

FINDING OUT WHAT EXISTING CUSTOMERS VALUE ABOUT YOUR BUSINESS